Sulfate Filtration
Hydrogen sulfide is a gas that is produced naturally by decomposing organic material and sulfur-reducing bacteria. Hydrogen sulfide gives water a nuisance “rotten egg” smell and taste. While there is no federal drinking water quality standard set for hydrogen sulfide in water, water supplies with 1.0 milligram per liter (parts per million) of hydrogen sulfide may be corrosive and tarnish copper and silverware. Sulfides can also produce yellow or black stains on kitchen and bathroom fixtures and can affect the appearance and taste of some foods and beverages. 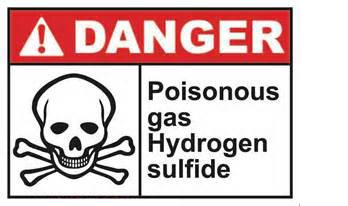 Treatment options for hydrogen sulfide include aeration, granular activated carbon filtration, and shock (or possible continuous) chlorination to kill the sulfur-producing bacteria. Sulfates are part of naturally occurring minerals contained within soil and rock formations. As water percolates down through the soil, these minerals can dissolve releasing sulfates into groundwater.